A Colour a Day Keeps the Mosquito Away

Have you ever wondered why mosquitoes seem to avoid a select few of your friends? Meanwhile, you’ve resigned to get bitten and always carrying your trusty lemon-scented roll-on repellent. Today there are so many home remedies out there that it’s confusing to know what works and what doesn’t.

Some conventional home repellents you may have come across include; citrus, vinegar, and garlic sprays. With the more outlandish solutions like organic mud baths and blood type transfusions appearing to come straight out of a witch’s spellbook.

But can a simple change of clothing color reduce our attractiveness towards mosquitos? Science-backed research confirms this is plausible. Studies conducted by renowned Entomologist, Dr. Jonathan Day from the University of Florida, have observed that colors do reduce or increase your overall attractiveness to the mosquito.

Dr. Day has discovered that the mosquito uses the identification of color similar to how a Ship captain will use the horizon and visual obstruction to determine the location and distance of their ship from land.

Make sure to keep reading on as I reveal what colors attracts mosquitoes, how to repel mosquitoes and the colors Dr. Day suggests you should wear outdoors if you want to reduce mosquito interactions.

How deadly is the mosquito? 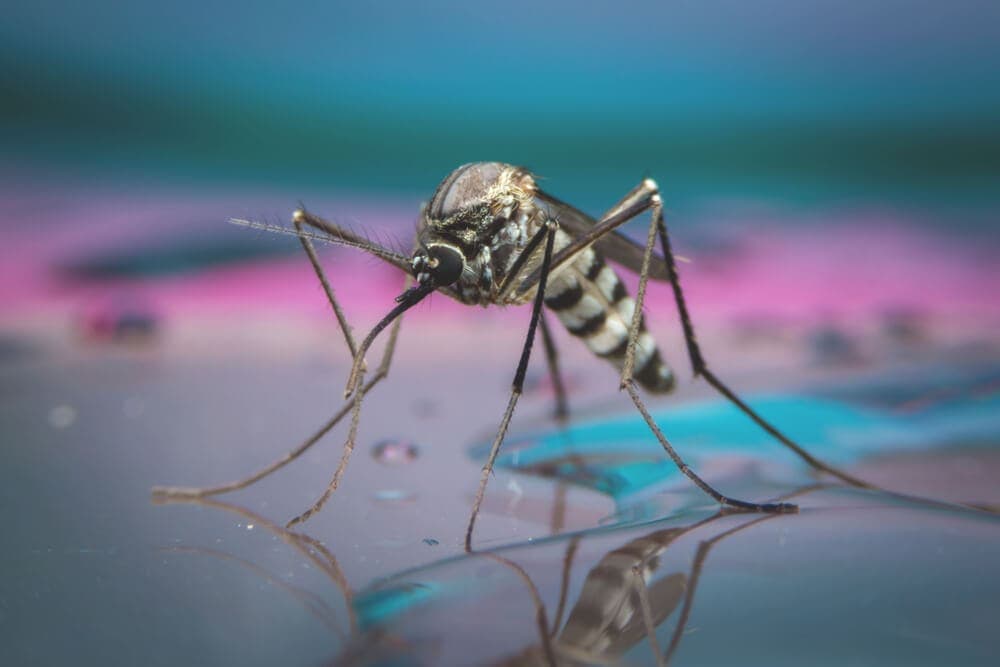 You think you know how to repel mosquitoes. You have probably killed a few hundred mosquitos in your lifetime, it has killed over 50 billion of us in its existence.

To understand how a change in clothing color could make us invisible to a mosquito, it’s best first to learn how the insect targets its prey. This highly evolved insect that has existed for over 100 million years managed to thrive while the dinosaurs perished some 66 million years ago, as a result of an asteroid blasting the Earth.

While its stature may not be impressive, the mosquito bites kill count of more than 50 billion humans throughout time, underlines the insect as the deadliest in history.

As I write this article, I see a mosquito in the distance blindly buzzing against a cream-colored wall. It seems lost, It begs the question, what colors repel mosquitoes? It’s incredible how this tiny thing and its existence, according to the World Health Organisation. Has the capacity to cause a million deaths per year via its mosquito bites by spreading Zika, Dengue, and Malaria.

Now it’s worth noting that only female mosquitoes seek out a host’s protein-rich blood to cultivate its eggs. Female mosquitoes also exhibit a much more evolved neural sensory system. Their manifold of sensors can detect temperature, carbon dioxide, and even acidity. Fortunately for us, their male counterparts are pretty much harmless. Males are content to spend their day in search of sugars and nectar, rather than warm blood.

Scared of the cold. 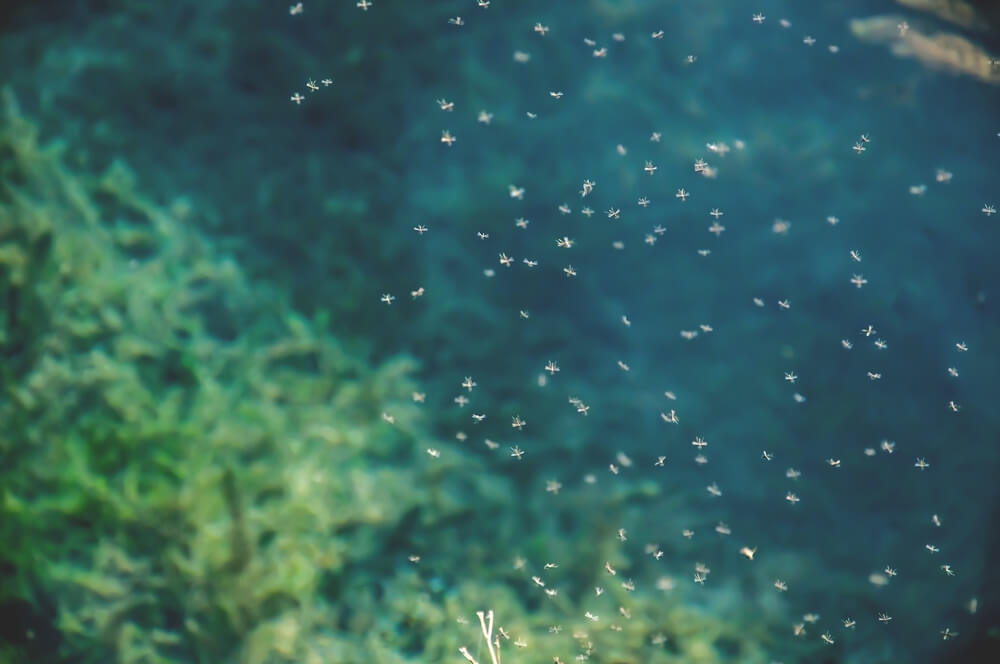 Female mosquitos will thrive in warm climates and have an attraction toward dark colors because they dislike cold environments.

A mosquito in search of their next meal will engage their olfactory IR21a receptor. Previous assumptions concluded that the IR21a receptor was a heat-sensing antenna. Like a heat-seeking missile, mosquitos could switch on the IR21a to determine if an object was a meal or not.

But recent studies published in the Neuron by Ph.D. Paul Garrity, challenge these initial theories.

Professor Garrity and his team removed the IR21a receptor from a batch of mosquitoes. This group was then placed into a box, and reactions were observed when warm and cold objects were placed in the box. Little to no responses were recorded, which was as expected. Garrity then ran the same tests on non-altered mosquitoes, which produced surprising results.

The IR21a receptor of the regular mosquitoes only showed slight activation towards warm objects. But the receptor was highly active when cold objects were introduced. These receptors or cooling pads, as Garrity explains, seem to activate like a fight or flight mechanism. A mosquito flying in the dark will remain on course. Should the temperature drop suddenly in the corner of a room, then the IR21a receptor will be further dialed up. This mayday signal will remain on until the mosquito has moved to a warmer, cozier setting. Thus quietening the alarm signal.

Humans attract mosquitoes through our sweat system and carbon dioxide. 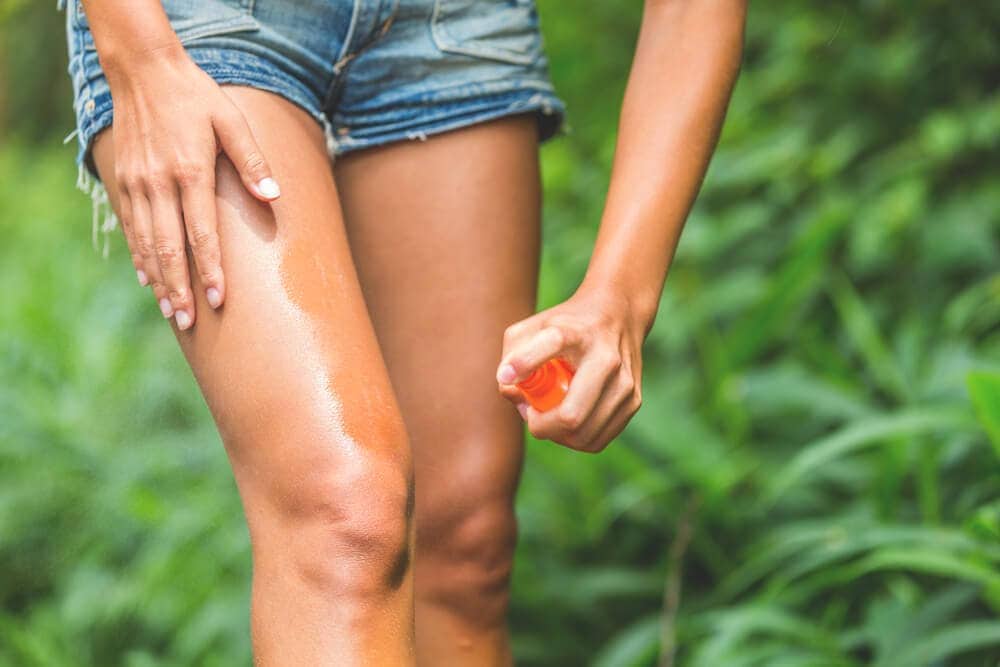 Mosquito control. If you run out of 15% DEET mosquito repellent, try to change clothing colors to deter the insects.

If that wasn’t enough, weaponry, mosquitoes are attracted and also detect carbon dioxide levels in our breath. The insect can engage its cpA neuron nerves so effectively that it can trail a waft of CO2 from over 30 feet away. Florida International University (FIU) ran tests on altered mosquitoes that had their IR8a receptors removed. As expected, these mosquitos were unable to realize human odor. They could no longer sense the human acidic presence of sweat, according to Matthew DeGennaro, a neurogeneticist at the FIA. 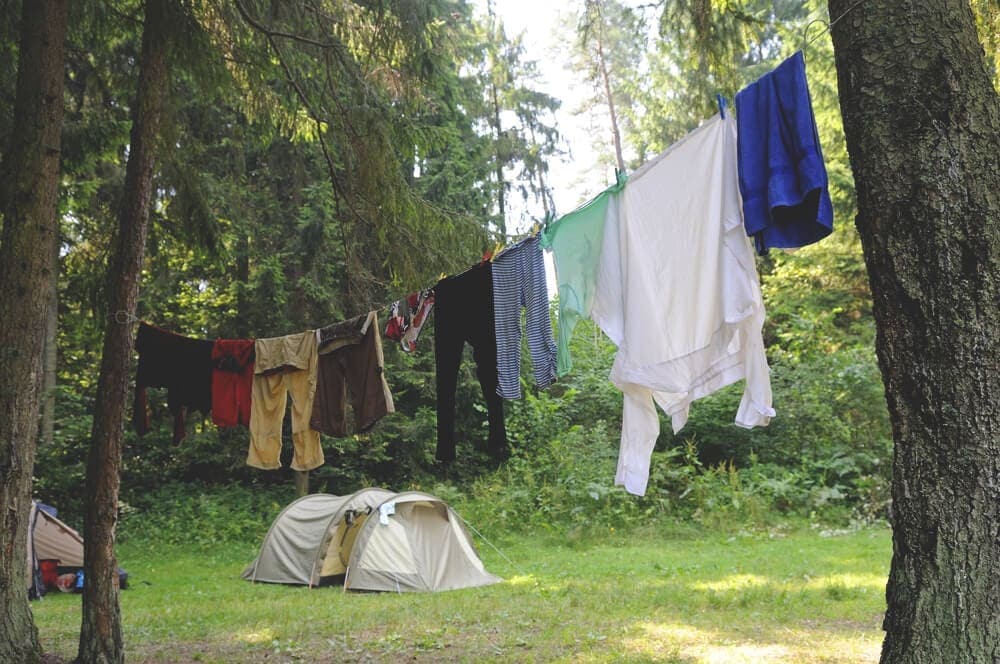 So now that we know that mosquitoes can use temperature, scent, and atmospheric changes as clues to seek sustenance. Like a raging bull seeing red, are mosquitoes attracted to color? Can wearing specific colors minimize the mosquito bites that are incurred on one’s body?

Entomologist, Dr. Jonathan Day from the University of Florida has conducted several color experiments to surprising results. His studies suggest that “Dark colors stand out, while light shades blend in.” Using simulated atmospheric backdrops to imitate a clear horizon sky. Dr. Day observed that the contrast in colors was a way for the mosquito to visualize a silhouette against the white space. It is essentially recognizing a host that is blocking its view of the sky horizon. This also allows the mosquito to track objects by looking out for dark moving forms against a light backdrop.

If you find yourself low on 15% DEET mosquito repellent and suffering a lot of mosquito bites. For mosquito control, Dr. Day suggests wearing the following lighter colors which can help reduce your appeal and keep the mosquitoes away:

Mosquitoes are attracted to dark colors that are going to replicate shadows, these are ones you want to avoid as well as a few others listed below:

Made with ❤ from Melbourne
Copyright 2020-21 · Company© · All rights reserved. This site is protected by reCAPTCHA and the Google Privacy Policy and Terms of Service Apply.
Amazon Associates Disclaimer. As an Amazon Associate I earn from qualifying purchases

Made with ❤ from Melbourne
Copyright 2020-21 · Company© · All rights reserved. This site is protected by reCAPTCHA and the Google Privacy Policy and Terms of Service Apply.
Amazon Associates Disclaimer. As an Amazon Associate I earn from qualifying purchases